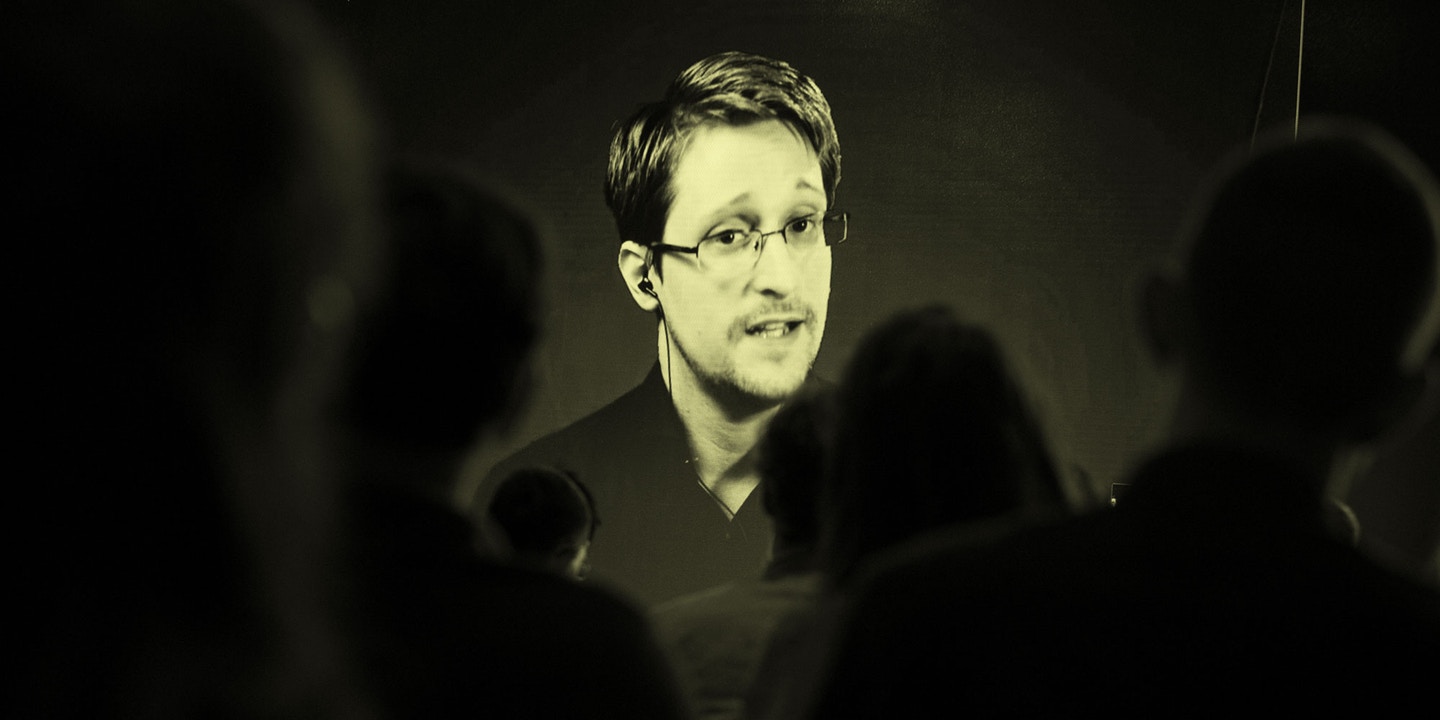 Edward Snowden grew up in a family of US government officials, a mother who works for the CIA (not as a secret agent but as a simple office worker) and a father who was a telecom engineer in the military. Thanks to his father's work, Edward had access to a personal computer that later allowed him to access a global network of thousands of other computers and people, called the Internet.

He used to computer in the beginning just to play like any other kid would do, but his curiosity led him later to ask questions about how it works and how it is able to connect with other machines and exchange information with them. That curiosity let him as a teenager to visit the website of the Los Alamos nuclear research laboratory and see if he can find any errors and misconfiguration in it. He discovered that it had a critical security issue that lets anyone access and read all the documents in that server which contained sensitive nuclear research and classified files. One of the pdf documents shared in that website, exposed the whole directory tree structure that had no restrictions on permission (something like chmod -R 777 ./). He did what a good citizen would do in such case and he informed their IT team about that issue.

Terrorist attacks of September 11th was one of the most important events in Snowden’s life, an event that changed everything and made him want to serve his country and defend the values it stands for. He felt useless then and he could not do anything to protect his family and his country that is why he decided later to join the army and serve his country as a sergeant in an elite unit in special forces. But because of an accident during his training that caused him severe stress fractures, he was dismissed.

He was convinced after that experience with the army that the best thing he can do to serve his country is by making use of his skills and his passion, and by using his brain and hands. He then joined the intelligence service as system administrator. His main mission was to maintain the servers of NSA and CIA and make sure everything works fine. However, he was originally not formally employed by the NSA, but worked for a third-party company that contracted him to the NSA. After a while he was “promoted” to work directly in the CIA and maintain their whole information system in their secret office in Geneve. His work there in addition to the traditional system administrator tasks was to the technical backup of the CIA agents working in the field to collect information and investigate, by providing them with encrypted and secure channels of communication and that everything is deleted and destroyed in case of emergencies.

After Geneve, his joined an NSA office in Japan as an employee of DELL. While working in Tokyo, he built a backup system for the NSA called “EPICSHELTER”. The purpose of that system was to ensure that all NSA main and peripheral site servers around the world are backed up and all the data is stored in a distributed way (Something like HDFS). So that the NSA can restore the whole system after an emergency in theses site or an attack, it is exactly what we call nowadays a Business Resumption Plan (BRP) that is an important section in security policy of every company.

While working on “EPICSHELTER” in Tokyo and while preparing his slides for a security conference organized by the “Pacific Technical center” about the evolution in counterespionage thanks to modern cyber-intelligence, he came across some classified files in CIA archives talking about mass surveillance of Americans and the existence of a system capable of collecting every single piece of information in the united states, something similar or even worse that what the communist China has.

He found that surveillance started officially after the attacks of 911 and launched with a presidential decree “PSP” by President Bush which allowed the NSA to intercept and store phone calls and emails exchanged between the US and a foreign country at the beginning and later all communications between Americans which was against the Protect American Act (2007) and the FISA Amendments Act (2008). The program was called “STELLARWIND”.

As a result of this discovery, the government with STELLARWIND willingly hosts private photos and files on cloud computing services, cedes ownership of the data, and makes telecommunications companies and GAFAMs complicit in mass surveillance. This generated huge revenues for the companies, while the government was poaching data, either through secret warrants or by monitoring the companies themselves.

Snowden realized that his work was only protecting the NSA, not his country, and that he had participated in setting up a system that controls and monitors his fellow citizens instead of protecting them.

“I imagined the future intelligent fridge, which, from the kitchen, watched my every move and recorded my habits, trying to assess whether I was not at risk of becoming a criminal simply because I drank my orange juice from the brick and didn't wash my hands.”

Because of this chock and the feeling of guilt for contributing to this surveillance system, Snowden decided to change the team and joined the information sharing office in Hawaii where his new position would give him the opportunity to retrieve and access NSA files to confirm the existence of a mass surveillance system, how it is set up and how it is used by these secret agencies. Because he knew that if he wanted to reveal this information to the public, he needed to know everything about it and have the complete picture. His work in Hawaii was mainly administration a Microsoft product for file sharing called “SharePoint”. It was good and not that complicated to administer and configure, so he has time to read about the latest updates from NSA internal websites that was published is something called “readboards”. They were mainly feeds of reports and documents by different departments inside NSA where they share news about the latest tools and other relevant information. He then developed a tool called Heartbeat that enabled him to get the most relevant updates from these different readboards and organized by topic and preferences.

Thanks to Heartbeat he was able to find documents about NSA surveillance systems, and they were three:

This mass surveillance of the NSA was a blatant violation of the 4th Amendment, encouraged by the government. Because he joined secret services to respect and defend the Constitution, not to serve a government that violates the constitution and betrayed Americans. Snowden realized that the only way to restore the balance of power between citizens and government would be to make public the classified information in his possession through the media.

In 2013, Snowden took the plane to Hong Kong where he meets documentary filmmaker Lauren Poitras and Glenn Greenwald of The Guardian. The Guardian few weeks later published the first article on the collection of every NSA call recording by Verizon, followed by The Washington Post that published an article about the PRISM program. Few days later he published a video on the Guardian to take responsibility for whistleblowing.